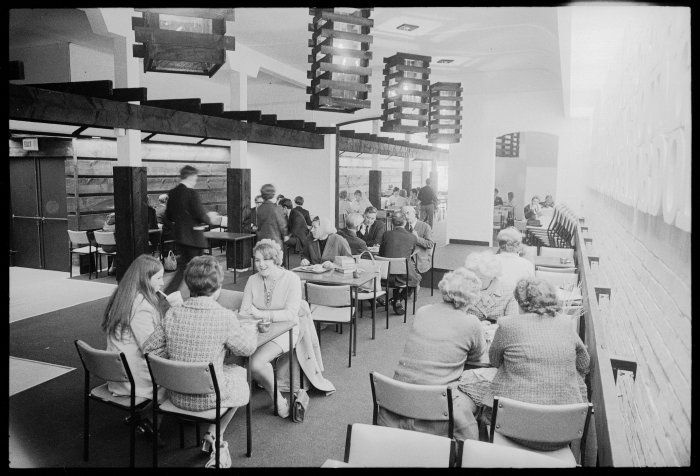 When I was a teenager in the mid-1970s, we used to attend ‘Youth for Christ’ rallies in the Town Hall. I suspect it was more from a desire to see and be seen than any religious commitment for many of us, however, these events were well-run and appealing to teenagers with multiple screens, bands, singers and speakers, always ending with a tug on the heart strings and an ‘altar call’. Afterwards we would head across the road to the coffee shop La Vie Nouvelle – obviously not named by a student of French as it should more correctly be La Nouvelle Vie. I remember it being very 70s chic with a raised biblical quote on the wall thundering “Do not let the excitement of being young cause you to forget about your creator.” However, the excitement of being out in town at night and the presence of BOYS may well have caused us to do so!

At this stage, the Town Hall was across the road from the Library (now the City Art Gallery) with Guy Ngan‘s statue Geometric Growth positioned on the grass outside – this was a favourite meeting place which we called the ‘sugar cubes’.

The Town Hall was the venue for many ‘pop’ concerts which were not large enough for Athletic Park. I remember seeing The Knack and Leo Sayer, who I was astounded to discover was shorter than me. We caught Split Enz before they were well-known and dressed up bizarrely for the occasion with full blue and green face makeup, taking great pleasure in the attention we attracted walking down the street. Those who saw themselves as the coolest and most creative were of course all dressed identically in black.  We always attempted to stay on at the end, bypass security and catch a glimpse of the performer. This obsession is perfectly captured in classic New Zealand movie Second-Hand Wedding in which the teenage girl is desperate to meet John Rowles. We did in fact get to meet John – but that was at the Lower Hutt town hall! 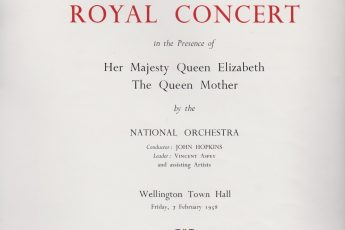 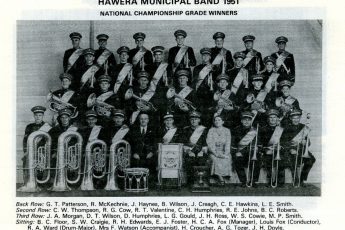