A place for politics and royalty 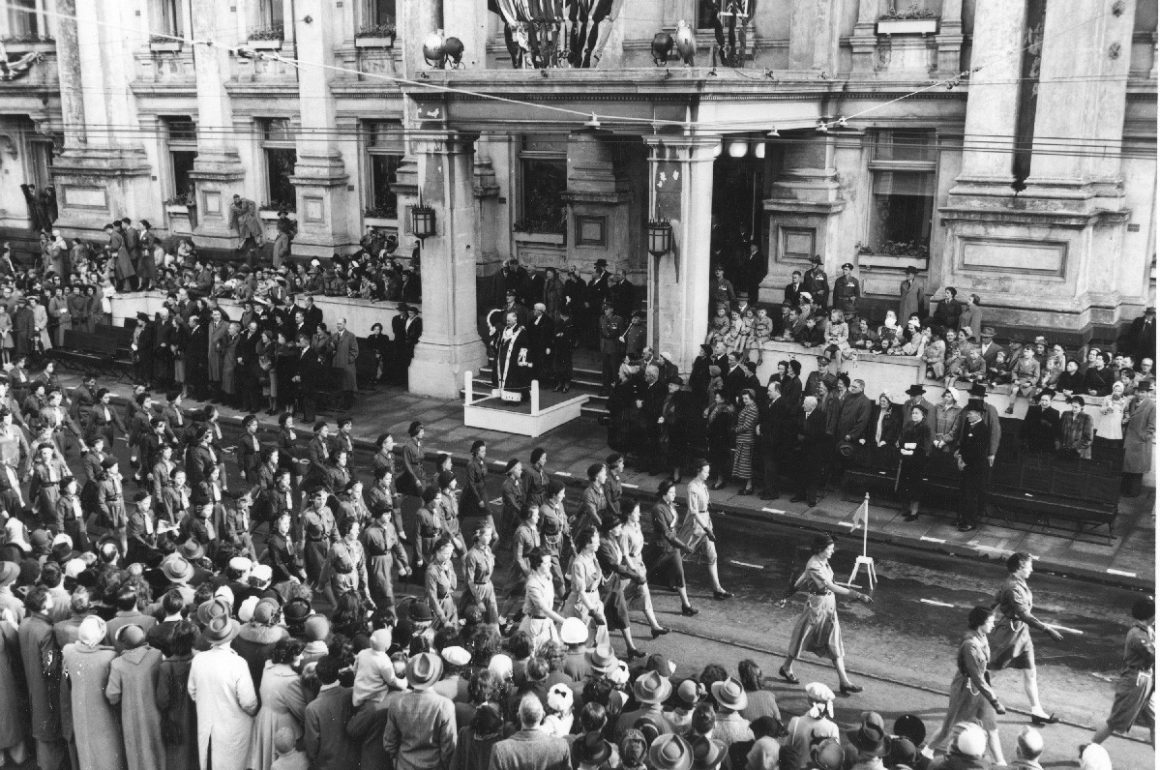 In the 1950s, a Royal Tour was not to be taken lightly. Especially when the Queen was young, beautiful and newly crowned. The Town Hall was adorned with masses of flowers.

When the Royal Couple came into the hall, the organ blasted, and everyone sang. The reception was the first-ever live TV broadcast from New Zealand. The Royal Visit was a great way to celebrate 50th birthday of the Town Hall.

In 1966, the President of the United States, Lyndon Johnson arrived, in the midst of the Vietnam War. Security was tight.

President and Ladybird Johnson were met at Civic Square by the mayor, Sir Francis Kitts, who did not present the President with a gift, as the council had not been informed he was going to make a reciprocal gesture and they didn’t want to embarrass him in case he didn’t have a gift. As it happened he did have a gift.

During our country’s 1978 election campaign the Town Hall was packed. Upstairs were Rob’s mob, in their blue and white hats. Downstairs were protestors. The noise was deafening, but Muldoon responded.

He somehow managed to control all the hecklers and even make a few jokes at their expense, and then go on and win the election.

Six years later it was a different story. No hecklers. You were only let in if you were a National Party supporter. Outside stood a crowd hissing, booing, and chanting “Muldoon out”. Inside the hall Muldoon was greeted with polite applause—everyone knew this would be his last campaign as Prime Minister.

Over the years, the Town Hall has been a favourite venue for political party conferences and meetings. The place where young leaders with a big future could make their mark.

The Town Hall was also a favourite venue for the Labour movement. Many a stormy Federation of Labour conference was held here.

In 1995, the Wellington Town Hall hosted the newly elected President of South Africa, Nelson Mandela.
Prime Minister Jim Bolger had been showing Mandela the sights—and slowly developing an African accent along the way.

The reception at the Town Hall was a glittering occasion with members of the press, politicians, celebrities and veterans of the anti-apartheid movement present. A school choir sung the South African national anthem.

Their singing greatly impressed the President, and they were overwhelmed to meet the great man. Though some members of the choir got into trouble with their parents when they said meeting Mandela was better than meeting Jesus.